How much does it cost repipe a house

Do You Need to Replace Your Plumbing?
What to look for and consider to determine if you should repipe your home’s old, deteriorating pipes.

Nothing lasts forever, including the pipes inside your house. Over the decades, the tubing gradually corrodes, rusts, and decays. Unless you replace plumbing, you’re eventually going to get leaks—and possibly a flood of water or raw sewage into your home that causes thousands of dollars in damage to your building and belongings.

But is a plumbing disaster imminent or just a concern for the distant future? Replacing old pipes in a 1,500 square foot, two-bathroom home costs $4,000 to $10,000, and requires cutting open walls and floors, so you certainly don’t want to do the job before it’s necessary. Here’s how to assess your plumbing system and know when it’s time for a replacement.

Know Your Pipes
The type of plumbing in your house determines how long you can expect it to last. So review the home inspection report you got when you bought your home to see what kind of pipes you have—or bring in a trusted plumber to do a free inspection of your plumbing system.

free inspection of your plumbing system.

If your pipes are older than these guidelines, it doesn’t necessarily mean they need to be replaced. Well-maintained pipes may last longer, and poorly maintained ones or those in areas with hard water (meaning it has high mineral content), may fail sooner, says Passaic, N.J., plumber Joseph Gove, who supplied the lifespan estimates.

So, no matter what kind of pipes you have and how old they are, you need to keep an eye on them.

There are two other types of water supply pipe that should be removed immediately no matter how old they are.

Lead pipes, used in the early 1900s, have a life expectancy of 100 years, but they can leach lead into your drinking water, a serious health hazard.

Polybutylene pipes, used from the 1970s through the 1990s, are extremely prone to breakage.

Watch for Signs of Trouble

If your house is more than about 60 years old, make it an annual ritual to look at any exposed pipe—in basements, crawlspaces, and utility rooms—for telltale signs of trouble. Check the tubing for discoloration, stains, dimpling, pimples, or flaking, which are all indications of corrosion. If you find irregularities, bring in a plumber to do an inspection.

You’ll want to keep a watch for leaks too, of course. Even small ones that are easily repaired may be indicators that the time for whole-house replacement is approaching. After all, the original pipes in your home are the same vintage, they’re made of the same material, and they’ve been subjected to the same water supply and usage patterns.

“So if you’ve got sporadic leaks in some places, they’ll start showing up throughout your system soon,” says Philadelphia plumber Joseph Emanuel. “It’s time to change your water lines.”

Also, when you fill your bathtub, look at the color of your water—especially after a vacation when it has been sitting in the pipes for a while. If the water looks brown or yellow, what you’re seeing is rust, a sign of decay inside the pipes. Consider replacement soon.

Ultimately, you’ll need to rely on a trusted plumber to advise you whether it’s time for a pipe replacement. And it’s always good to get a second and even third opinion before you embark on a replacement project. But there are a few ways you can mitigate the cost and hassle of the job.

Replace what’s exposed. For a home with plaster walls, wood paneling, or other features that make it difficult to gain access to in-wall pipes, consider at least replacing pipes that aren’t buried in the walls. Although it’s a big job, replacing exposed pipes in a basement, crawlspace, or utility room is fairly straightforward, because the plumber can easily get at the pipes.

And depending on the configuration of your house, the plumber may be able to access the vast majority of your system this way. For a 1,500 square-foot, two-bathroom home, you’ll pay between $2,000 and $6,000 or more to replace just the exposed plumbing.

Replace when you renovate. Whenever you remodel a portion of your house, take the opportunity to inspect—and if need be, replace—any plumbing lines that you expose when you open up the walls and floors. This includes not only the plumbing in the kitchen or bathroom that you’re remaking, but also any pipes passing through the walls to feed upstairs bathrooms.

Because the pipes are exposed during the project and because the plumber is coming on site anyway, the added cost may be only $250 to $1,000—a bargain, considering you’ve eliminated a hard-to-get-at problem area when you have the chance.

If you have inside-the-wall supply pipes that require replacement, your plumber may be able to limit the wall demolition he needs to do by using an alternative piping product: Cross-linked polyethylene tubing, also known as PEX, is a flexible plastic hose.

It can often be snaked into walls in much the way electricians feed their wires behind the wallboard or plaster with relatively minimal surgery—not an option with rigid copper pipe.

PEX meets building code nearly everywhere, comes with a 25-year warranty, and puts a smaller hit on your budget than copper. Replacing all of the plumbing in a 1,500 square foot, two-bathroom home with copper piping costs between $8,000 and $10,000.

But using PEX would cost just $4,000 to $6,000, according to Gove. That’s because of lower material and labor costs. “If it takes you two days to re-plumb a house with copper, you can do that same house in a day with PEX,” says Emanuel.

Still, some environmental groups worry about as-yet-unknown health risks of plastic water supply lines. And since PEX has only been widely used in the U.S. for about a decade, it doesn’t have enough of a track record to indicate how long it will last—in other words, how long it’ll be before the plumbing has to be replaced again.

If this is a concern to you, consider an alternative pipe material. 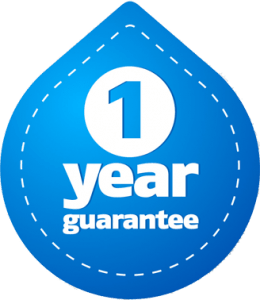 We accept the following forms of payment