Home » blog » How much does it cost to repipe a house?

How much does it cost to repipe a house?

Every homeowner should know that pipes wear out over the years. The pipes gradually corrode, rust, and decay. Unless you replace plumbing, you are eventually going to get leaking pipes. In the worst case, neglecting plumbing problems could turn into flooding in your house. To fix this you need to spend thousands of dollars. Fortunately, the plumbing disaster is not inevitable. You can prevent it in your future. From this Amco Plumbing’s article you will know how to understand when it is time to repipe house, how the procedure is done and how much it costs in San Diego.

How to understand that you need to repipe your house?

Replacing the plumbing system in a house is considered a complex procedure for both the plumber and the homeowner. It usually requires cutting off walls and floors so that the plumber can get to the pipes. For this reason, repiping is carried out only in case of emergency. There are a number of signs that indicate that pipes need to be replaced, including: 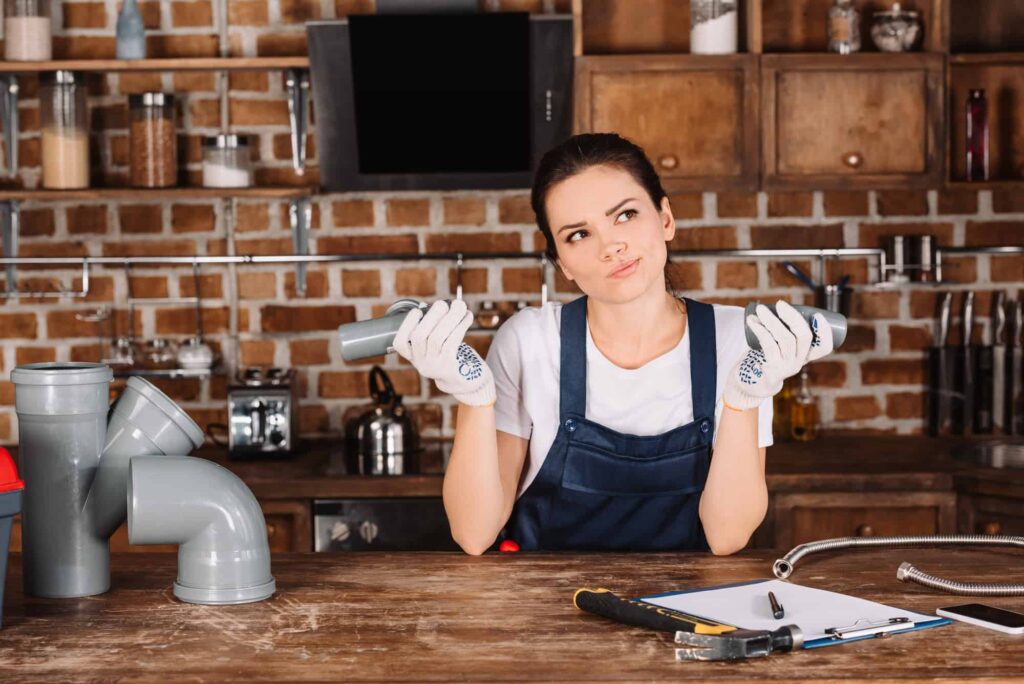 As the first step you need to look through the home inspection report. You had to get it when you bought your house.There you can find information about pipes you have. If you do not have this report, we recommend you book a plumber for a pipe inspection. In the table below you can find the pipes lifespan in dependence of their material.

If you live in areas with hard water, which has high mineral content,  your pipes may worn-out sooner.  If your pipes are older than these guidelines, it doesn’t necessarily mean they need to be replaced. Well-maintained pipes may last longer, and poorly maintained ones may fail sooner.

If your pipes are made of lead, you should replace them immediately. This is due to the fact that lead can get into the water and cause harm to health. Lead pipes were installed in the houses of the 1900s. Although their service life is more than 100 years, it is dangerous to use lead pipes in the house.

How long does it take to repipe a house?

The exact term for house repipe can be told by a plumber after evaluating the work. We can only describe approximate terms of works.

Usually, plumbing replacement in a small house takes from 2 to 4 days. If you live in a high-rise building with several bathrooms, then work can take a week or more.

Carrying out repairs does not mean that you will be without water all the time. You will be able to use sinks, showers and toilets. A house repipe shutdown occurs once when the plumber switches the plumbing to a new system.

Average cost to repipe a house in San Diego

The cost or house repipe is formed individually. Plumber can not  give an exact price without inspecting the house and estimating the amount of work. You can book a plumbing inspection to find out the price of a house repipe specifically for your home. To book a plumber, call (858) 209-7214 .

To help you plan your budget, we can give you an estimated cost of the procedure. Replacing old pipes in a 1,500 square foot house with two-bathrooms costs from $2,000 to $10,000. Please note that the price may be different in your case.

How is the price of house repipe formed? 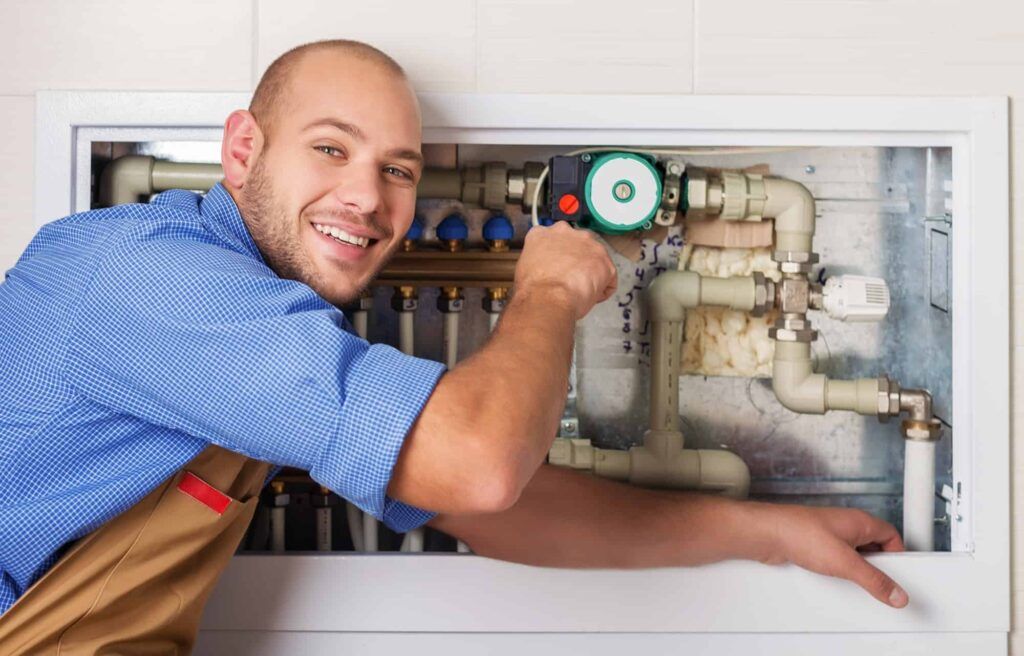 The house repipe cost depends on several factors, such as:

House size. The cost of repiping a small one-story house is low, as it requires fewer materials. A large house repipe with several bathrooms will cost more, as the amount of materials and complexity of work increase. It is most expensive to replace pipes in multi-storey buildings.

The number of plumbing fixtures. The more connections to the plumbing system, the higher the price of house repipe. In other words, the more toilets, sinks, dishwashers, showers, washing machines in the house, the more expensive the procedure will be. So, for a house with one bathroom, the cost of replacing pipes is significantly less than for a house with three bathrooms.

Ease of access to pipes. The pipes behind the walls are easier to get to, so replacing them will be cheaper. On the contrary, the price increases if you need to climb into small confined spaces to access the pipes.

Pipe diameter. The larger the pipe diameter, the more material is required. Accordingly, the price of such a pipe also increases.

Material of new pipes. Copper pipes are the most expensive. The cost of one foot of copper pipe ranges from $2 to $4. Pipes made of PEX or CPVC are cheaper: for one foot you will pay from $0.50 to $2.

How much does it cost to repipe a house with copper pipes?

Copper is a high-quality, but expensive material for pipes. The cost of one foot of copper pipe varies from $2 to $4. House repipe with copper pipes in a 1,500 square foot house with two-bathrooms costs from $8,000 to $10,000.

Cost to repipe a house with PEX 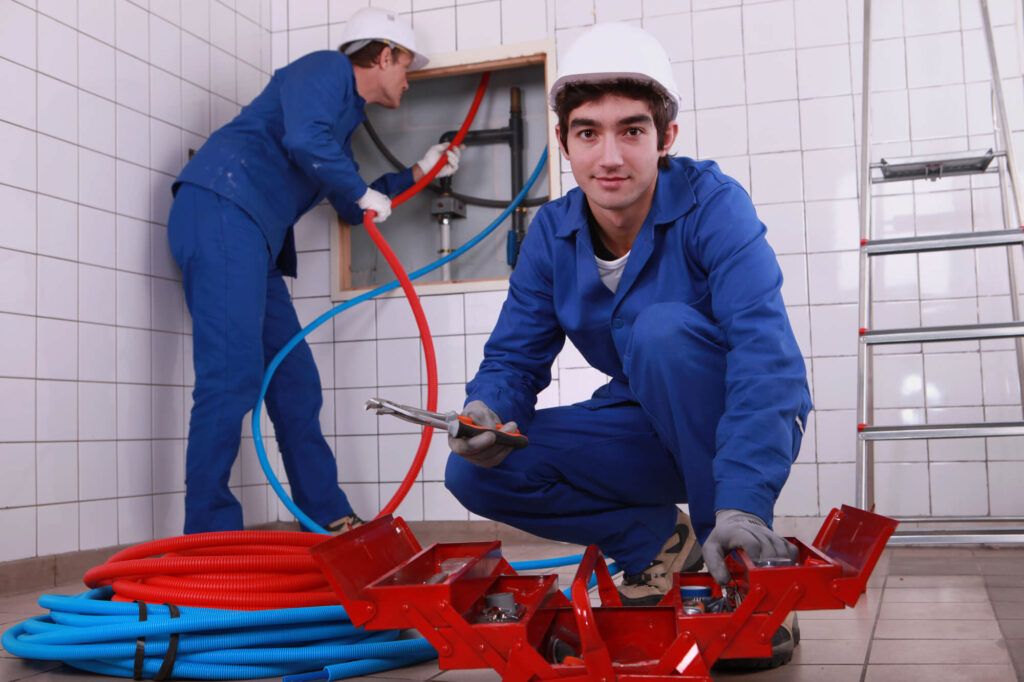 Chlorinated polyvinylchloride pipes are the cheapest pipe material. The cost of one foot of CPVC pipe ranges from $0.50 to $1. House repipe with CPVC pipes in a 1,500 square foot house with two-bathrooms costs from $2,000 to $4,000.

How to save money on house repipe in San Diego?

Almco Plumbing has been in San Diego for over 10 years. Our plumbers can perform a plumbing inspection of your plumbing and replace pipes in your home with quality.Why you should choose Almco Plumbing for house repiping:

You can watch a video about how our team of plumbers carried out a house repipe and make sure that we do our job well.

You can trust the professionalism of Almco plumbers. Leave a request for a house repipe on our website. You can also book a plumber at any time convenient for you by calling (858) 209-7214

Almco Plumbing provides plumbing services in San Diego. We have been working since 2001 and offering our clients quality service. We solve problems with clogged pipes, leaks, breakdowns in plumbing, worn out water supply systems. Our experts can fix plumbing in the kitchen, bathroom, toilet or pool. Contact us if you notice that your water bills have increased dramatically, you hear the sound of flowing water or unpleasant odors.

Manage Cookie Consent
To provide the best experiences, we use technologies like cookies to store and/or access device information. Consenting to these technologies will allow us to process data such as browsing behavior or unique IDs on this site. Not consenting or withdrawing consent, may adversely affect certain features and functions.
Manage options Manage services Manage vendors Read more about these purposes
View preferences
{title} {title} {title}
Skip to content